It’s Julie here.  Today I went on a walk with three of my dogs. I asked Molly to come but she was, er, relaxing. 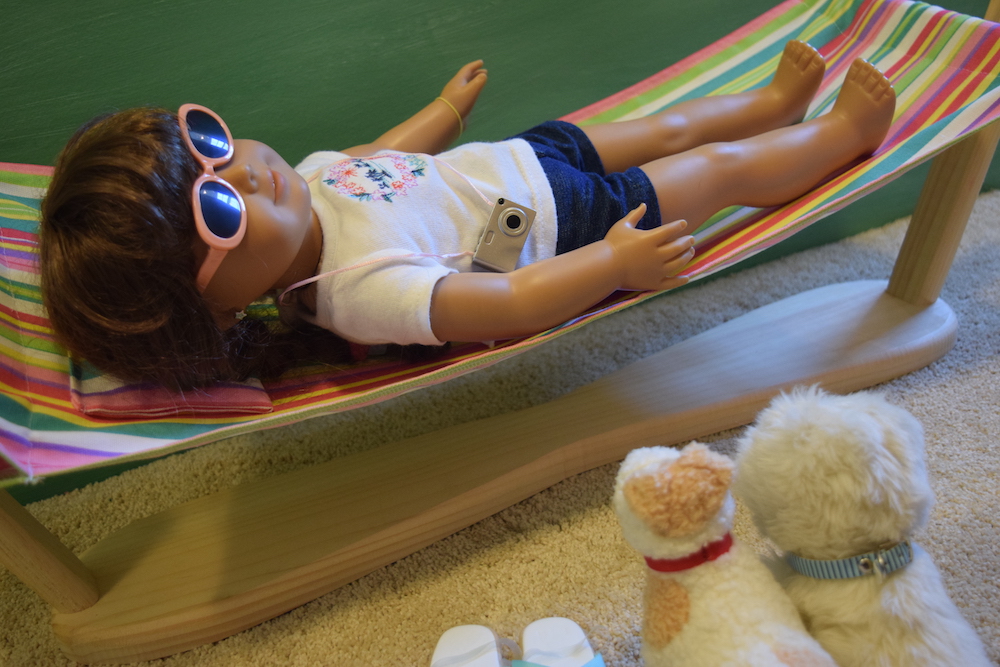 If you don’t know which of my dogs is which this is the low down: Pepper, the husky; Meatloaf, the bull dog; and coconut, the westie. So we set off on the walk, down American Girl Dolls path. 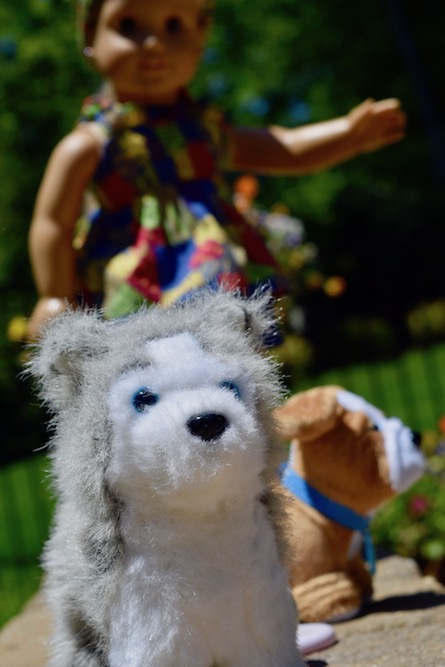 I threw thew the frisbee for Pepper (it is his favorite toy). 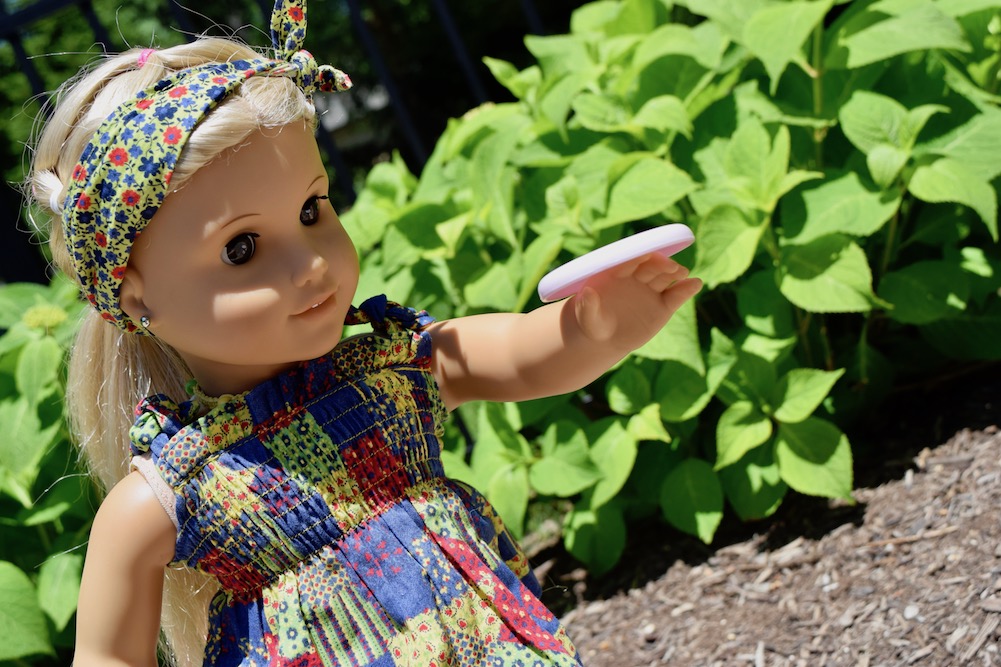 But it landed on meatloaf’s head, (I think Meatloaf tried to do that!)! 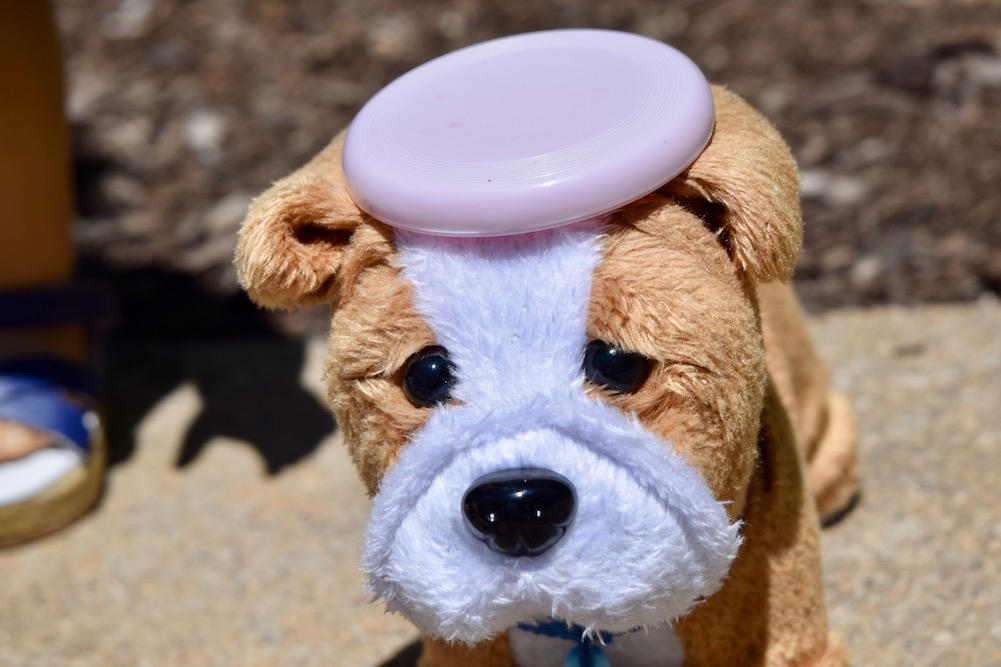 I threw it again, 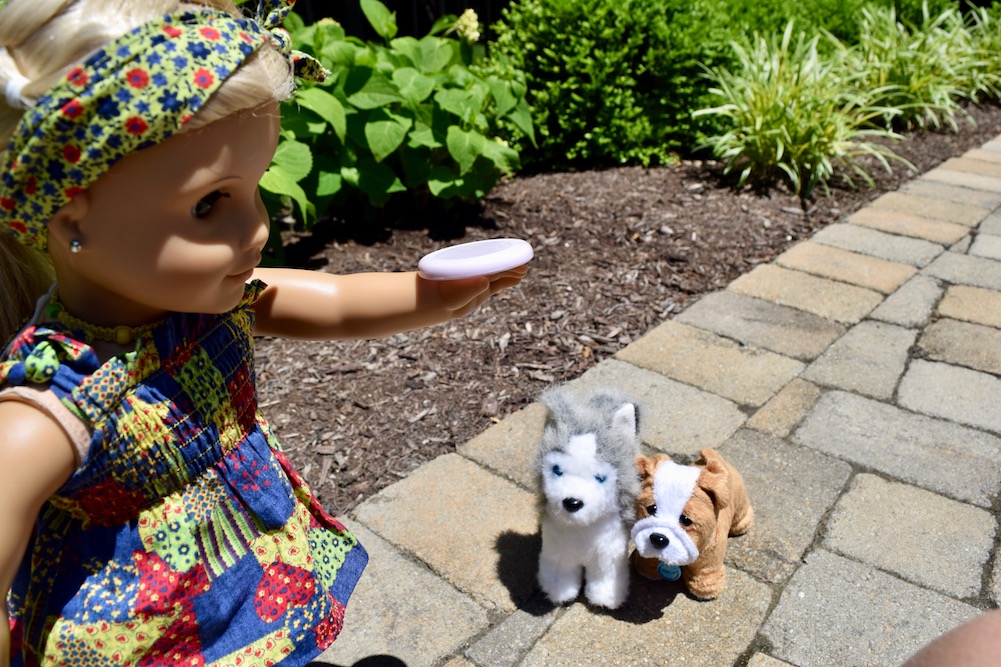 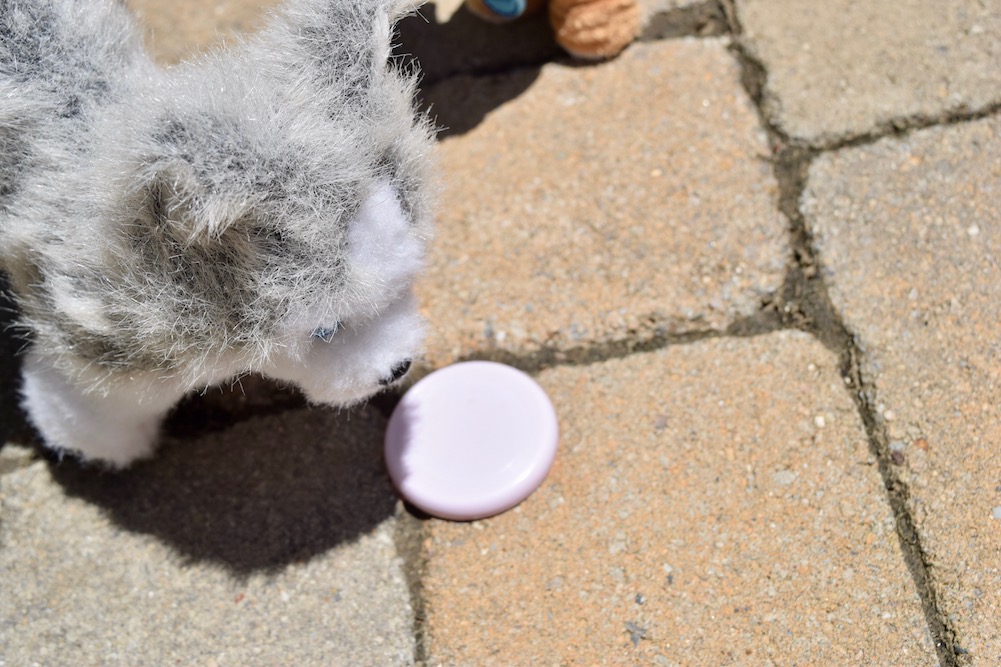 and again. Meatloaf gave up trying to get it. He’s too  I mean small to reach it. So he raced over to coconut who was playing with the soccer ball. 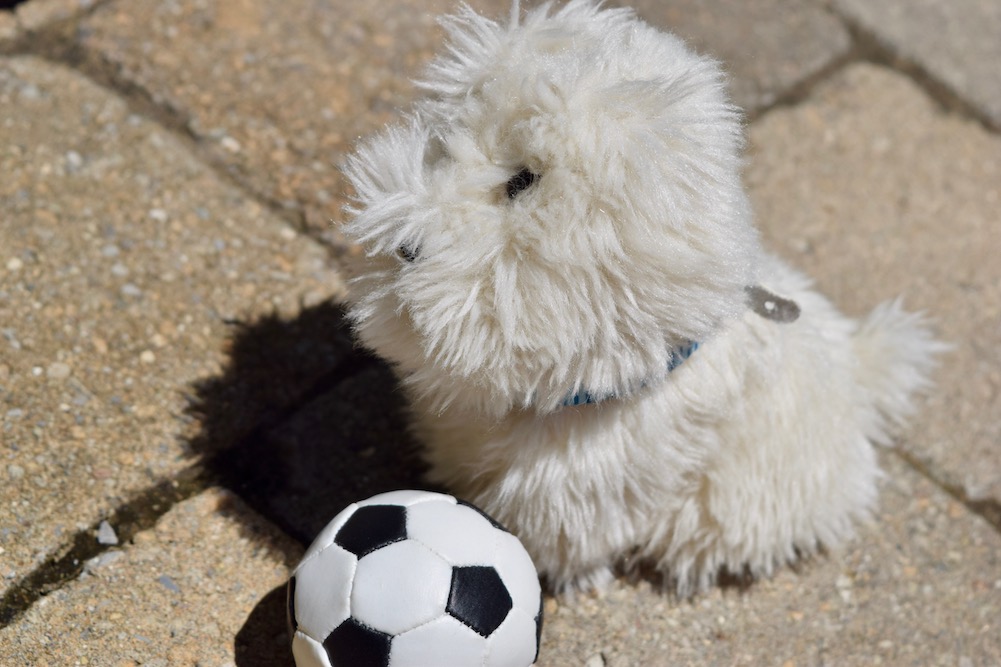 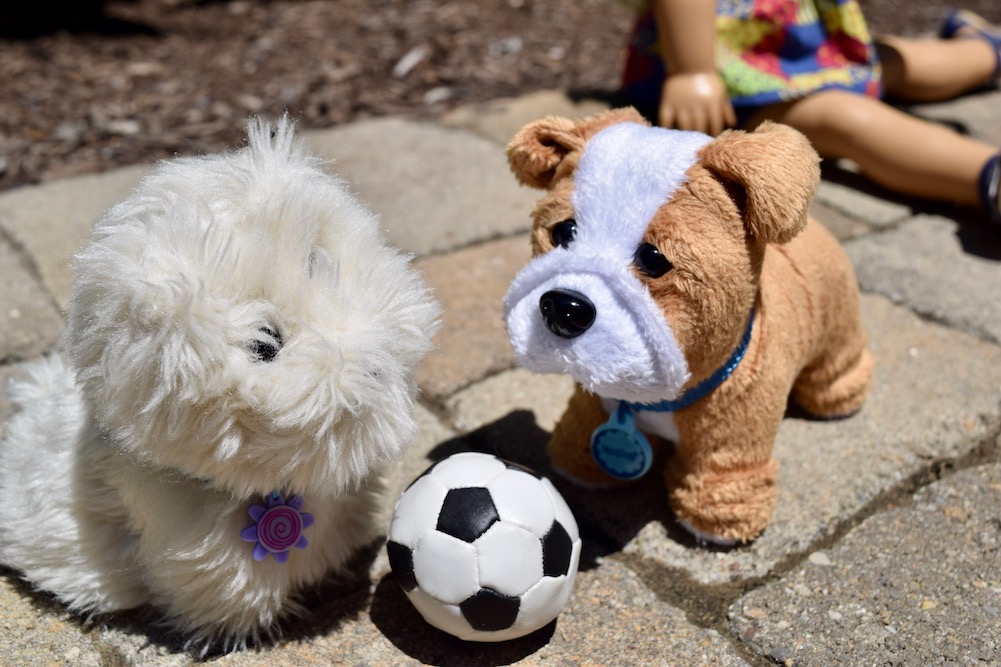 They both wanted it… 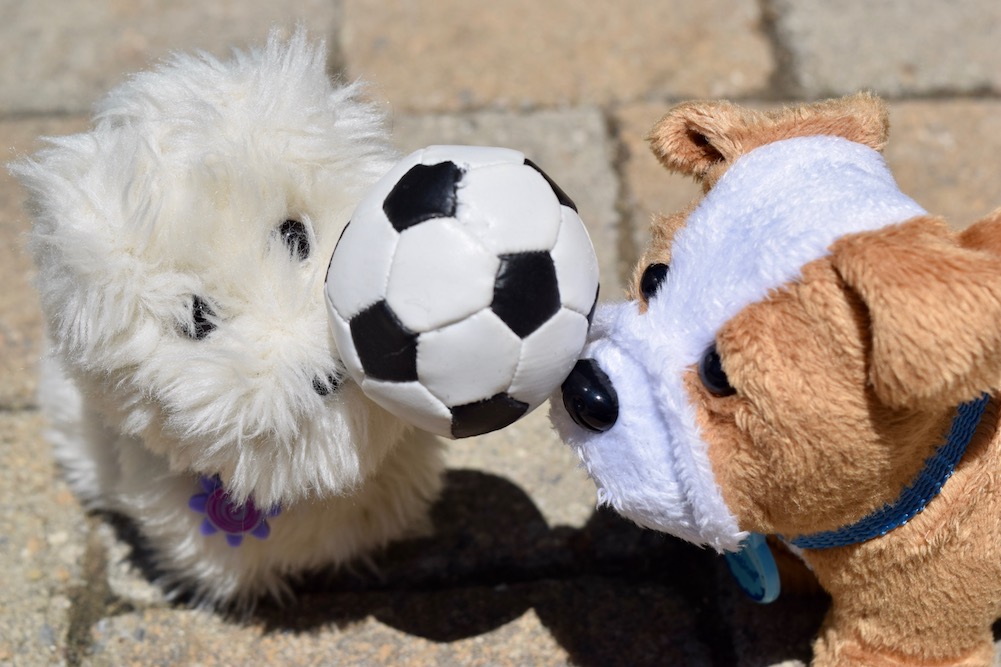 but they end up passing it to each other. 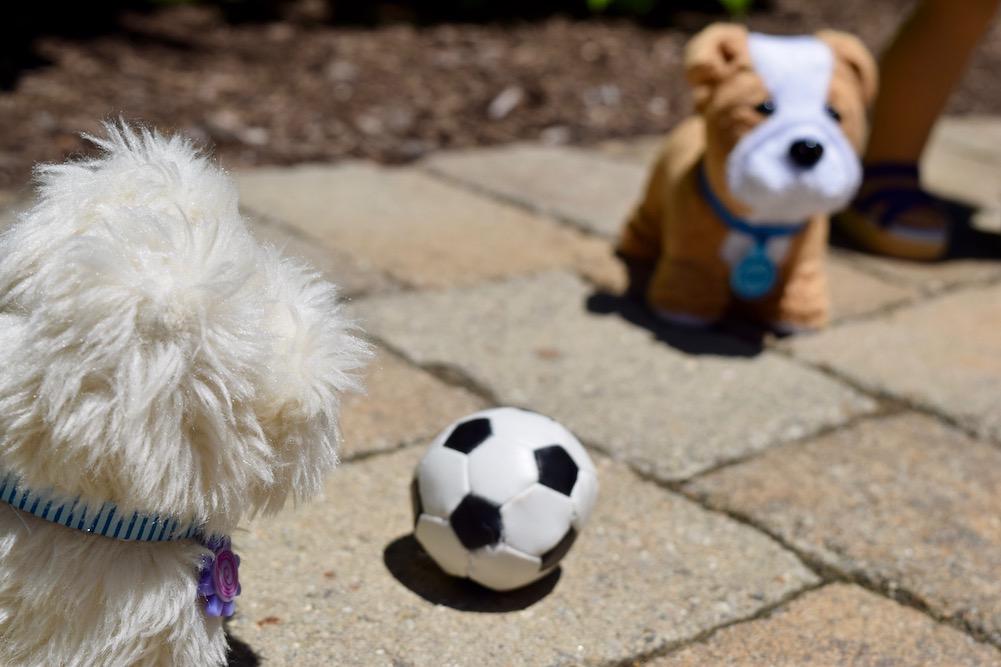 Coconut got tired and went over to me to get petted, 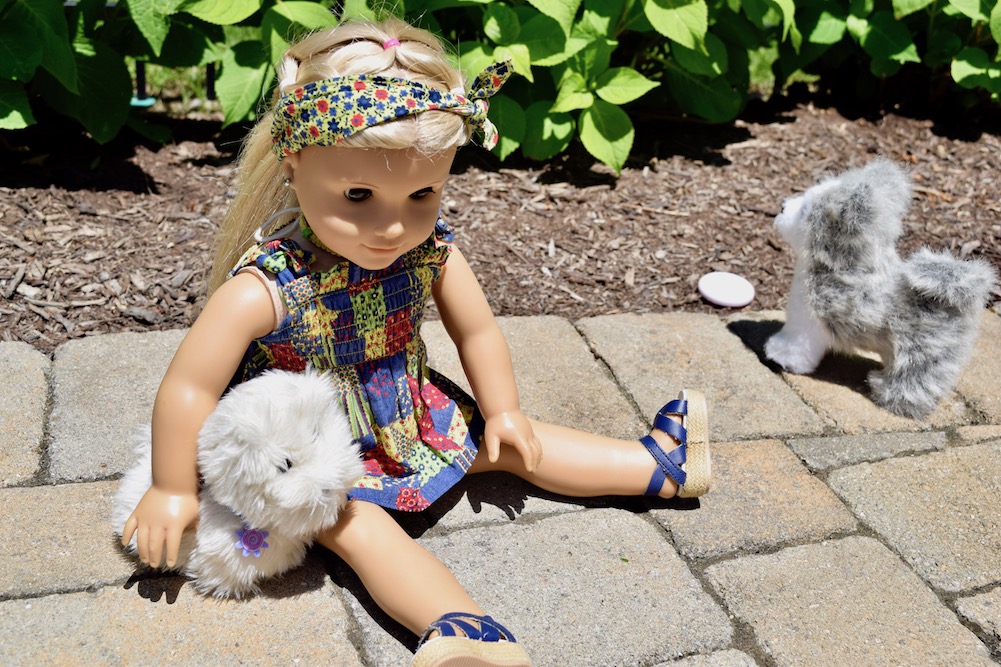 so Meatloaf was left all by himself. Then he thought he smelled some food and wandered away … 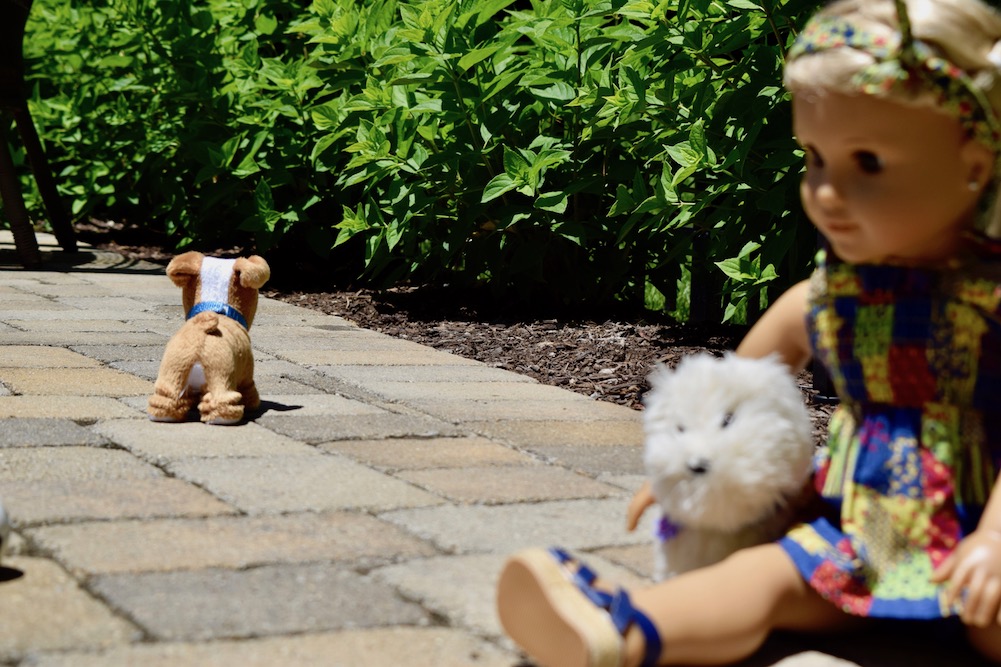 He sniffed around some bushes, 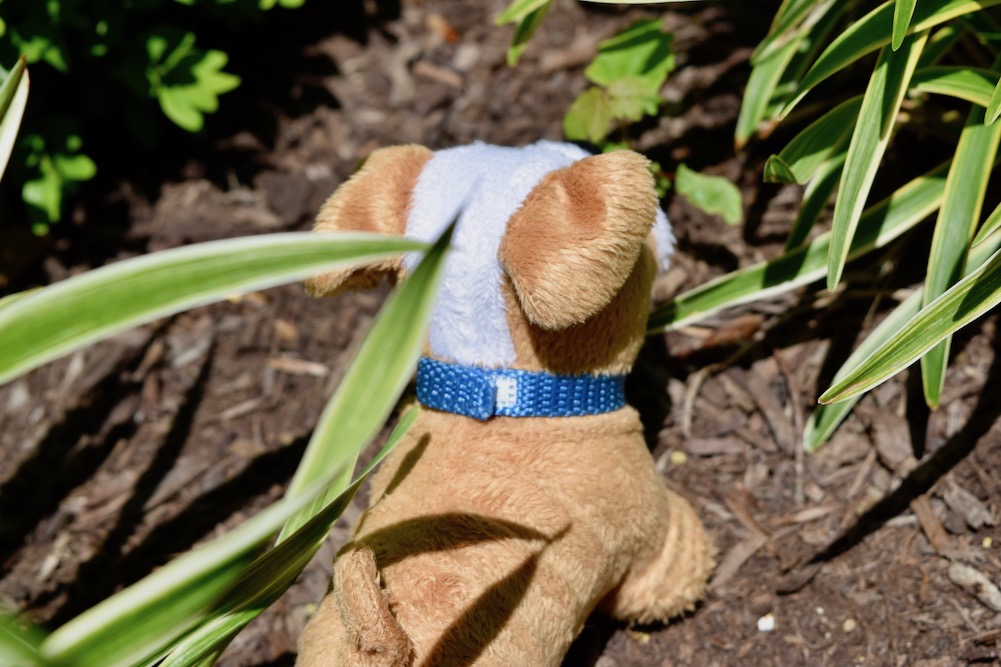 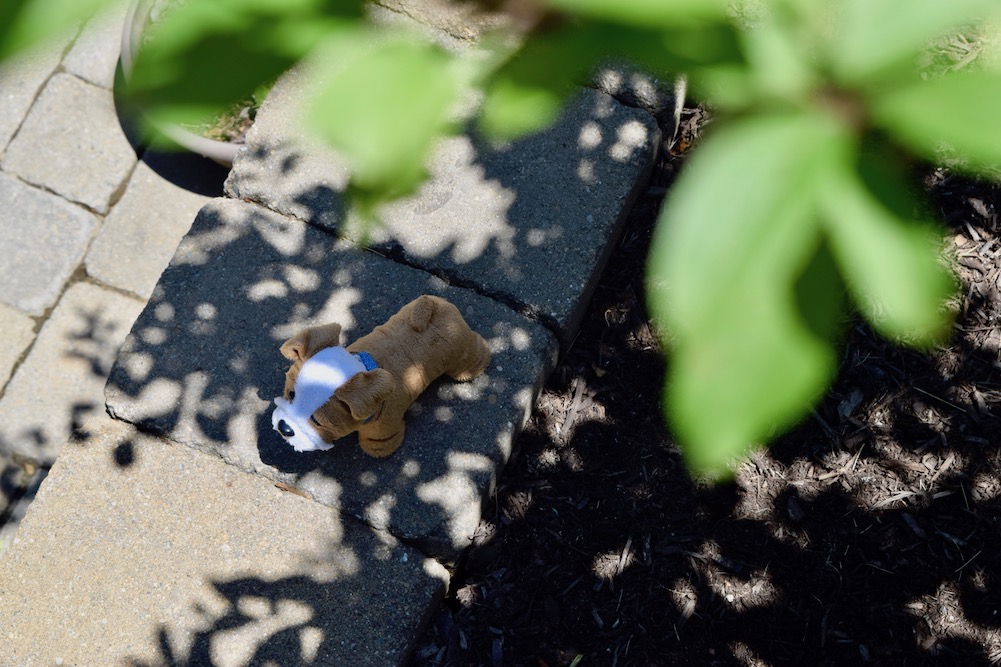 Until he realized he was… lost! 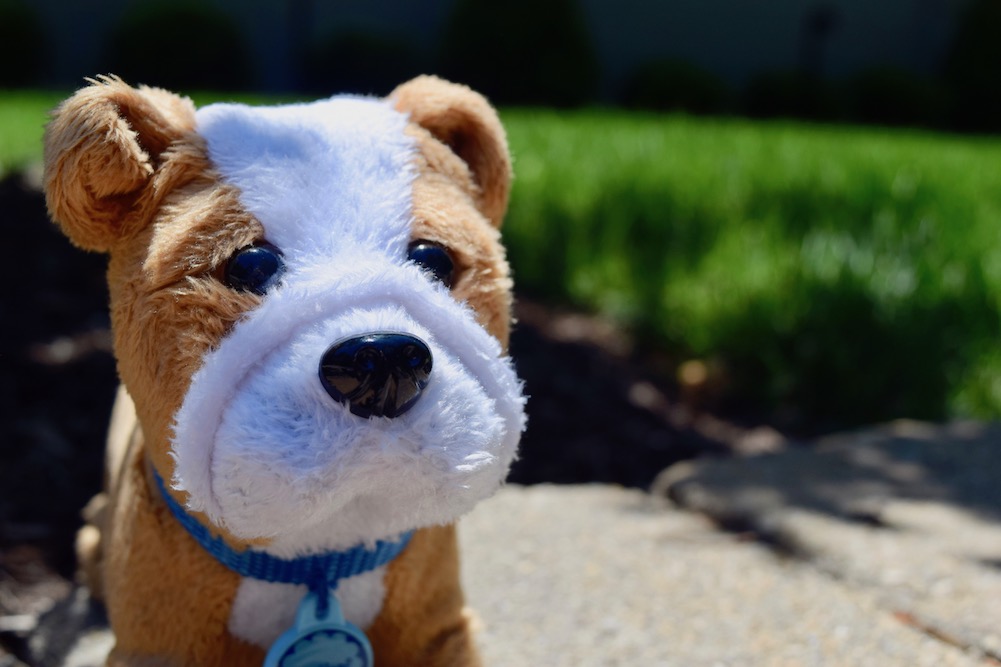 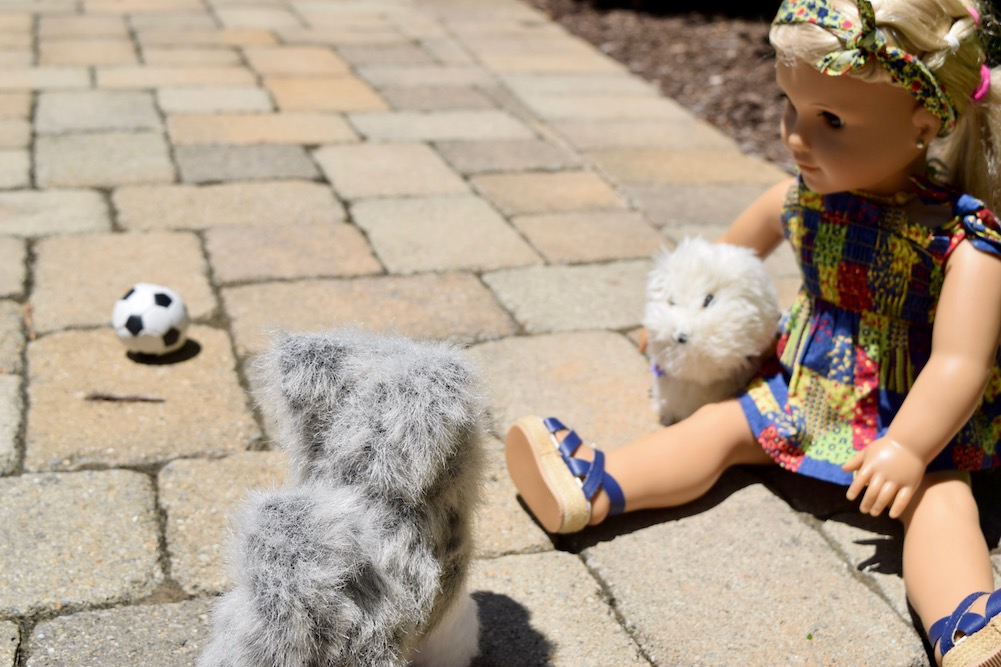 He barked at me, but I don’t speak dog, 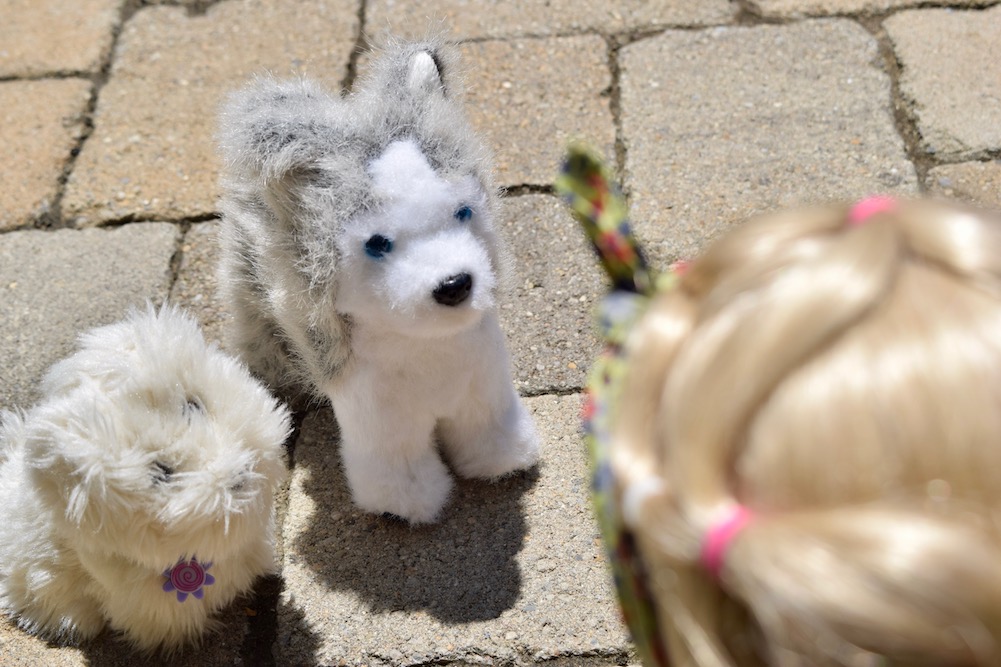 He started running after Meatloaf’s scent. 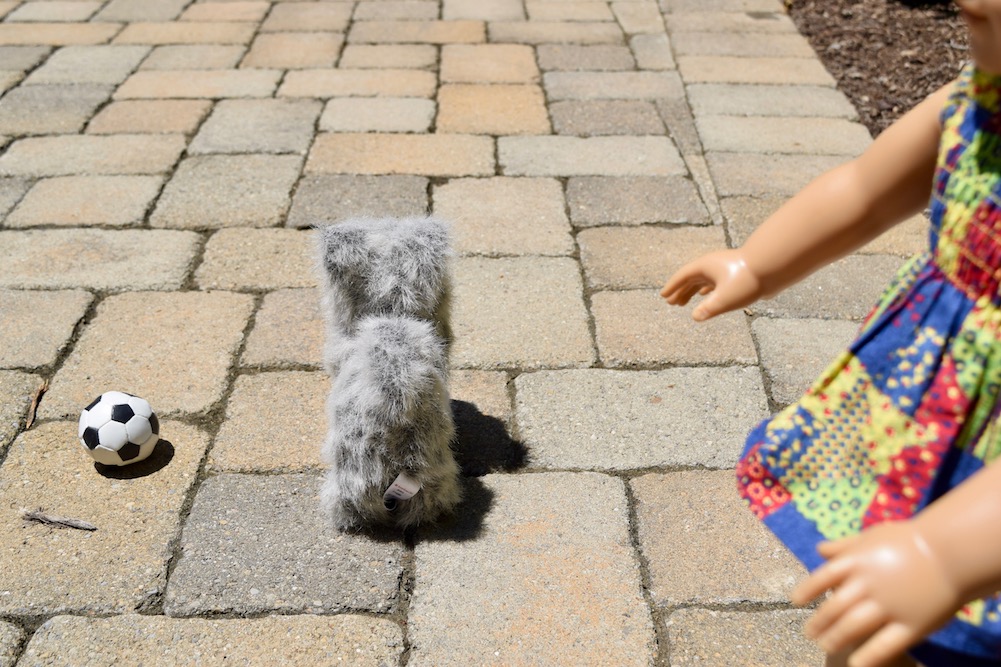 I took off after him knowing what was wrong (so did coconut)! 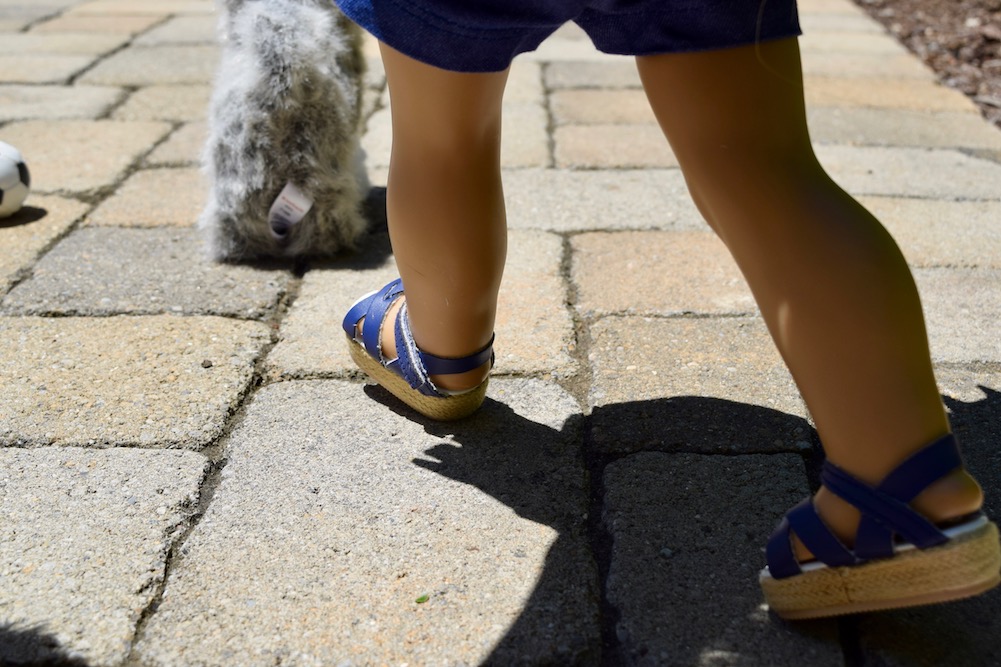 After ten minutes of Pepper would want me to say perfectly guided path following, I wondered if we would ever find Meatloaf. 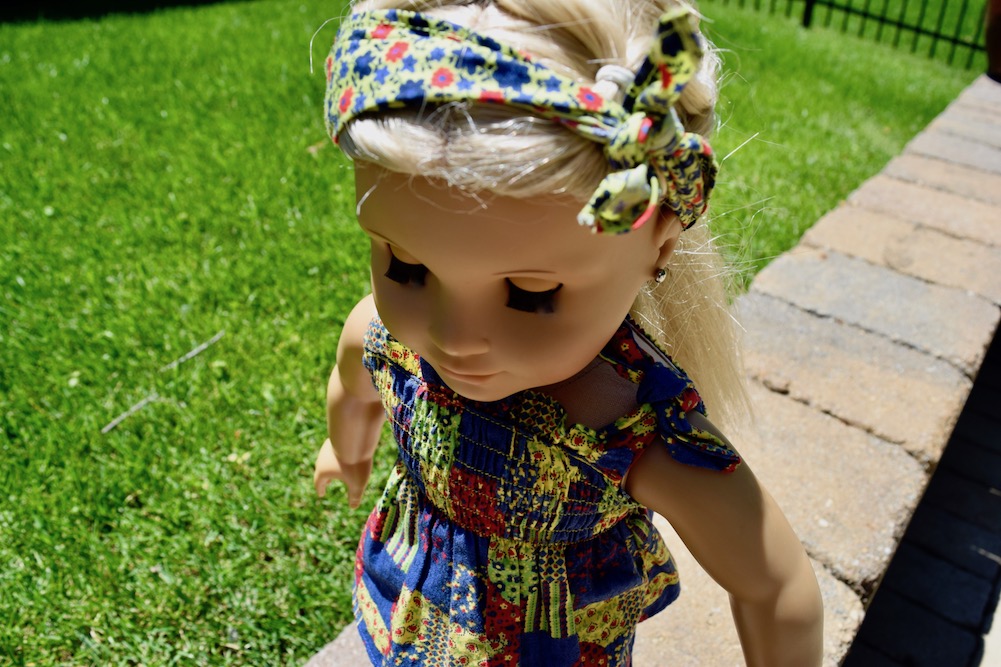 Then Pepper heard something. 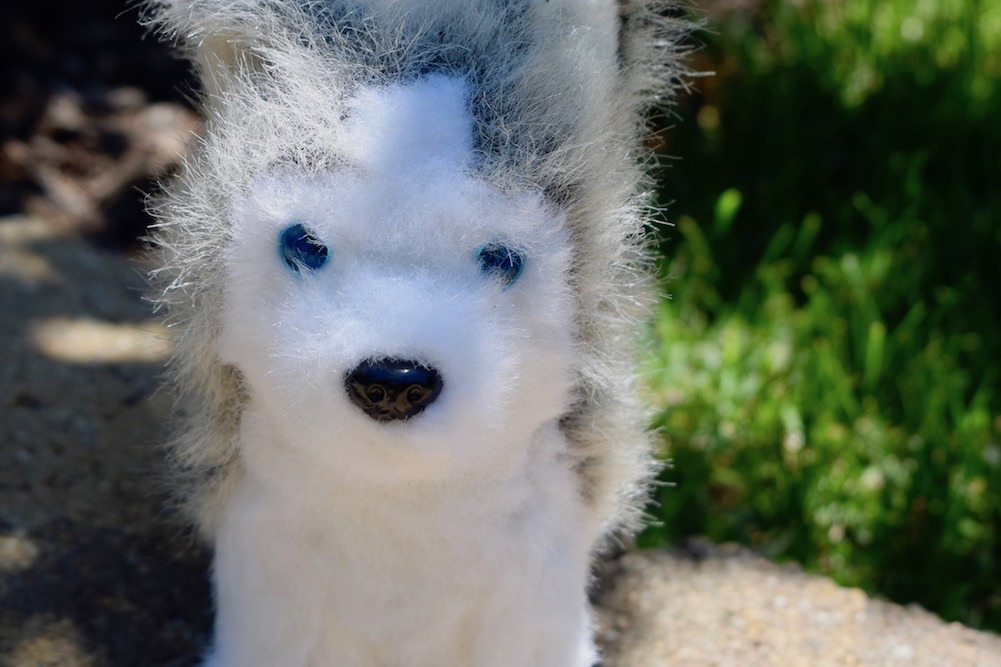 I opened my eyes 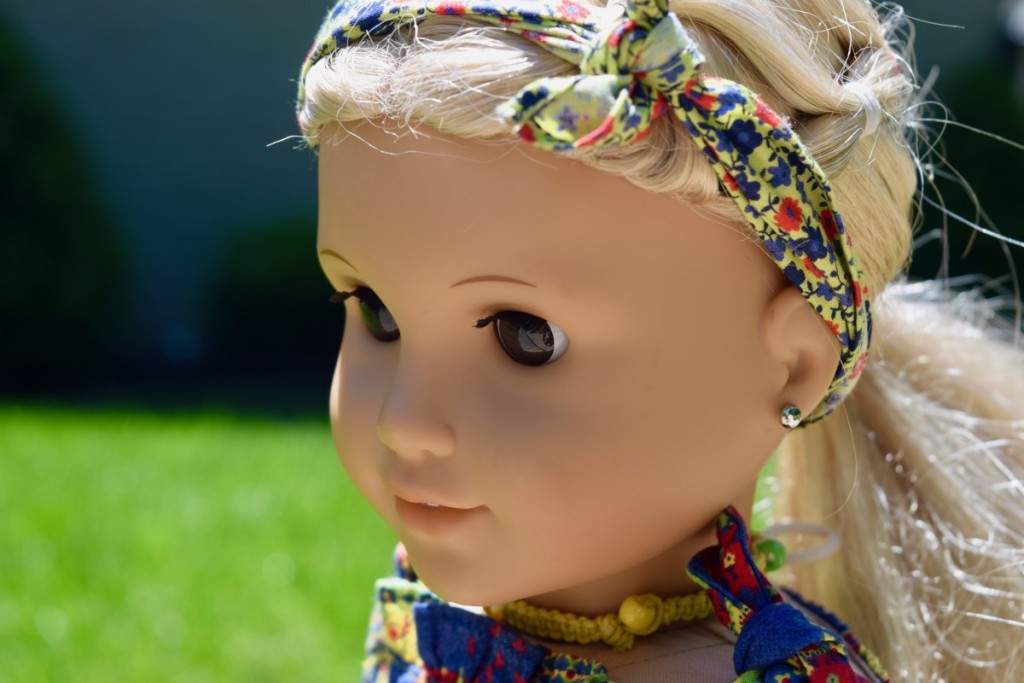 There was meatloaf! Sitting in the middle of the path! Coconut and Pepper went over to greet him. 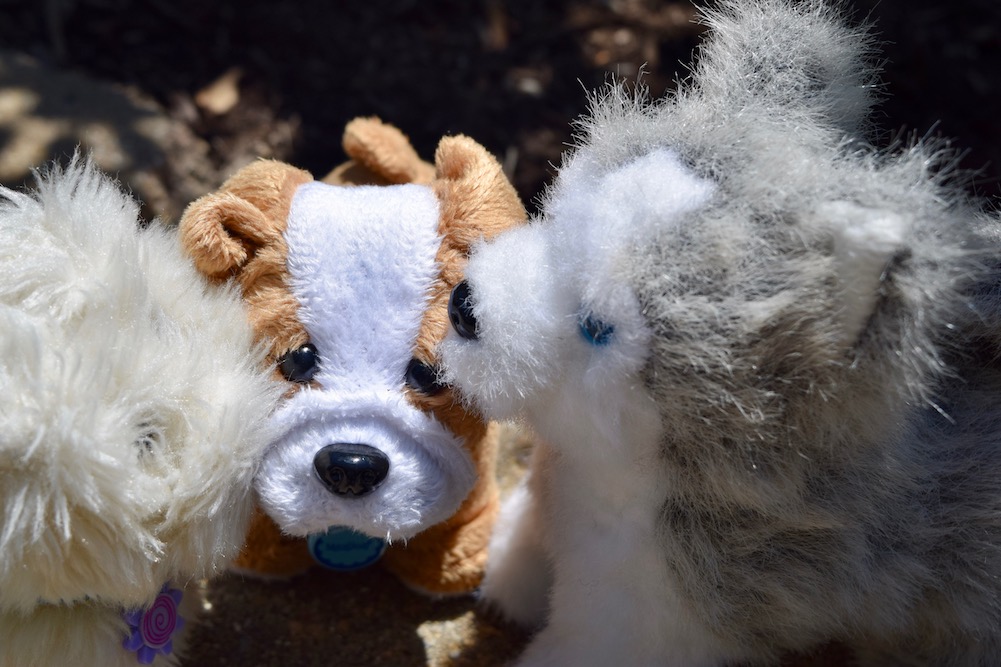 I ran over and hugged my dog. 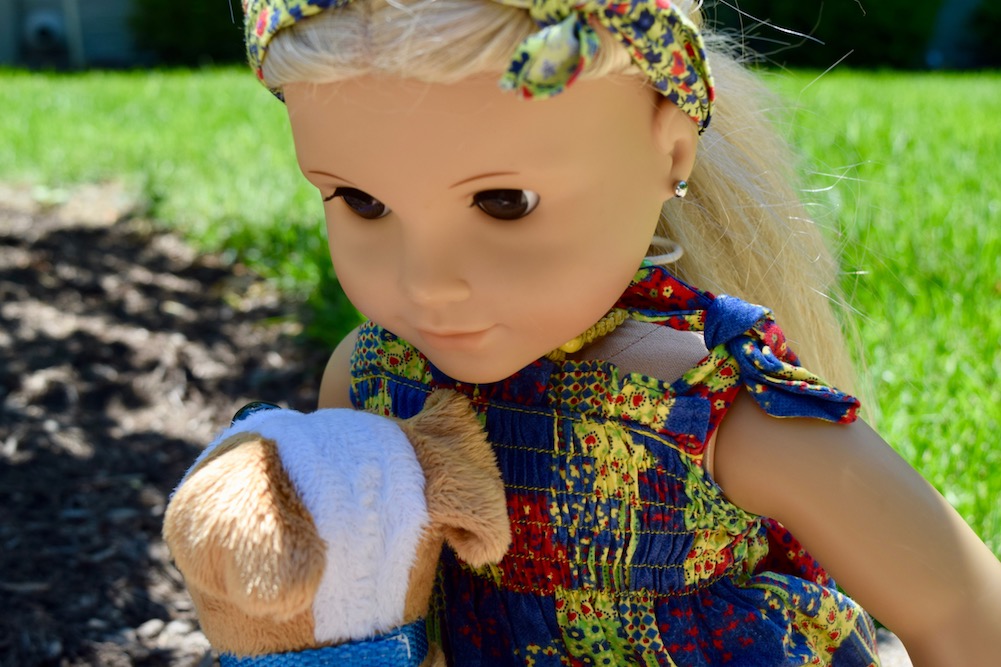 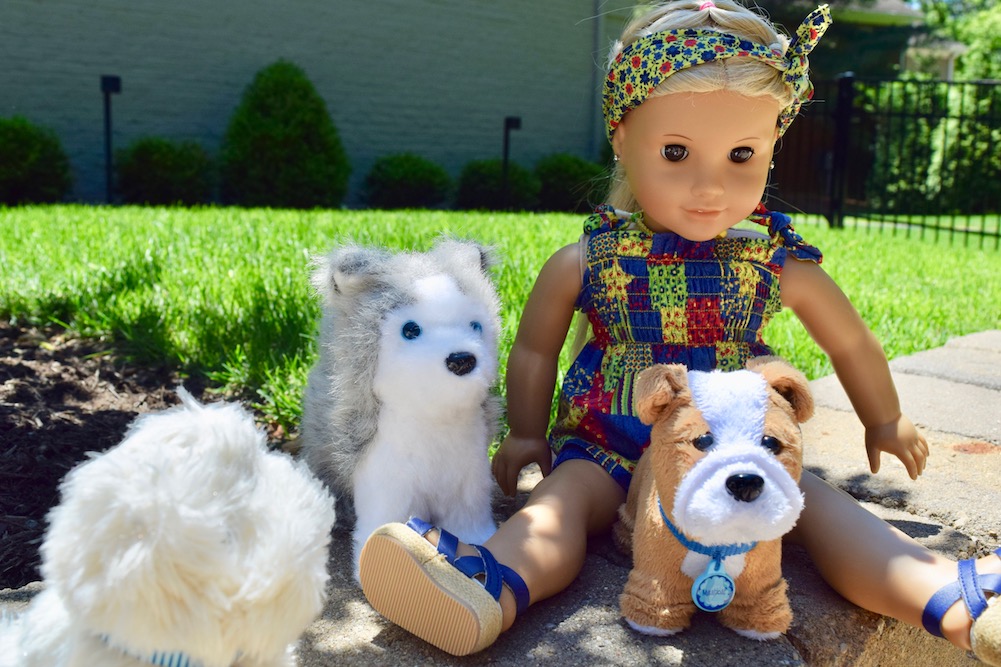 by Julie, An American Girl Doll.

Any suggestions on keeping Meatloaf from running away?

we respect your privacy and take protecting it seriously